Past and current racehorse trainers engaged by Robert Roulston Bloodstock. 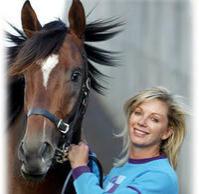 Kim has firmly established herself as a horse trainer of the modern era.

Kim's success and commitment to growing has allowed her to recently make the move to Wyong on the central coast. There she has a brand new stabling complex which is located oncourse.

Kim has 24 horses in work at any one time, with a state of the art, fully covered walking machine to ensure horses receive constant daily exercise even in wet weather. She has very good training facilities at Wyong, including the best sand track in the state, and the Viscoride track is very good all weather track for all types of work. The stables are only ten minutes from spelling and agisitment farms and beachwork is only a short float trip away.

"Basically I live, work and breathe my horses" - Kim Waugh 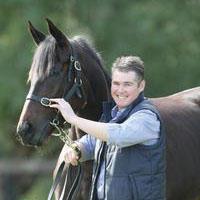 Jason Warren’s experience in racing belies his years. As a trainer, Jason’s greatest asset is a complete understanding and love of thoroughbred horses.

Jason gained his extensive experience working with horses at the revered Eliza Park Stud. He now runs a highly successful business out of his state of the art Moorooduc property, Denistoun Park. 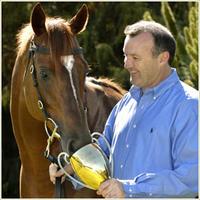 David Hayes is a leading group one Australian and International trainer who operates his training property out of Lindsay Park.

Colin Hayes retired from training in 1990. Taking over where his dad left off, David Hayes launched his training career with a tirade of winners. He took Lindsay Park not only to further heights, but also to the world.

He trained Jeune to win the Melbourne Cup for Sheikh Hamdan Bin Rashid Al Maktoum. Then going to where no Australian trainer had been before, he took his Cox Plate winning champ, Better Loosen Up across international seas to conquer the richest race in the world at that time - The Japan Cup - one of the world’s most prestigious weight for age events.

Aptly nicknamed “King of the Kids” David took out both Sydney and Melbourne’s premier 2yo Gr 1 events - STC Golden Slipper with Miss Finland and MRC Blue Diamond Stakes with Nadeem.

An exceptional trainer of two-year-olds, his juvenile juggernaut produced 46 individual winners of 61 races, including 15 individual 2yo stakeswinners of 19 races, clearly defining his dominance as Australia’s leading trainer of 2yos.

David Hayes is a proven Gr 1 trainer at every level in Australasia. His achievements encompass training two-year-old sprinters to Cups winning stayers, all to the elitist level in horse racing ie winning Gr 1 events. 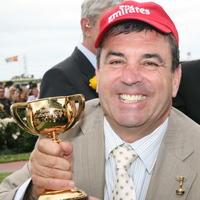 Mark Kavanagh was a very successful jumps rider but it’s as a trainer where he has excelled.

Mark was living in Mount Gambier when he started training in 1991 and was leading trainer in the South East District Racing Association 1992-93 Season. His first full season as a trainer he backed that up with another win 1993-94 season.

He was soon recognized as an astute trainer and was given Red Hope to train after George Hanlon told the owners he would not measure to Melbourne Class. Mark won the Hilton on the Park Sprint, Laurent Perrier Stakes, Ian McEwen trophy and Moondah Plate with the Big Chestnut. He also won two Liz Davenport Classic and two Whylie Handicaps, a total of 15 races.

Mark then opened a Satellite stable in Adelaide and soon trained successfully out of both stables.

In 2000 Mark and his family moved to Adelaide full time and winners really started to flow. Border Time, Easy Landing, Star Joe, Ez and Imperial Cross were just a few that won listed and group and cups races that year.

In 2003 Mark purchased some old stables and set about renovating and rebuilding the whole complex. It is now the best in Adelaide with absolute first class facilities for 39 horses. There is a house converted to offices and facilities for owners to have a drink and watch videos. The horses are paraded on the large lawns boarded by lovely gardens. Owners are kept informed at all times with e-mails, faxes and phone calls.

Mark believes owners need to be kept informed and that’s a priority. Mark is always buying yearlings at the major sales around Australia and is always on the lookout for new owners.

In 2007 Mark opened a stable at Flemington and enjoyed immediate success that Spring with Divine Madonna, Maldivian and Devil Moon all wining at Group One level. He unearthed another potential super star the following Spring in Caulfield Guineas winner Whobegotyou and experienced one of his biggest days on a racetrack when Maldivian won the 2008 MVRC Cox Plate,and stable mates Sea Battle (Waterford Crystal Mile) and Whobegotyou (AAMI Vase) won on the support card. 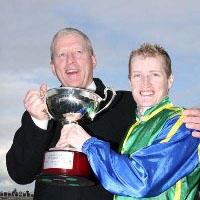 Since taking out his licence in 1991, Mick Price has firmly established himself as one of the leading racehorse trainers in Australia.

In 2003 Mick trained the trifecta in the Group 3 Blue Diamond Preview with Halibery, Gaelic Princess and Roedean, while World Peace took out the race for the stable in 2004.

Mick kept his fantastic record with two-year-olds intact by winning both the colts and fillies divisions of the Blue Diamond Preludes in 2005 with Perfectly Ready and Doubting.

In 2007 he continued his stakes winning trend by taking out the Group 1 Underwood Stakes with Rubiscent, the Group 2 Sandown Guineas with Schilling and the Group 3 Sandown Stakes with Gotta Have Heart, just to name a few.

2008/2009 Season has started off in terrific style with Light Fantastic winning the Group 2 JJ Liston Stakes. The Sth Yarra Stakes Group 3 was won by Vivacious Spirit. Group 1 New Zealander Alamosa won the Group 1 Toorak Hcp and Damselfly won the Group 3 Thoroughbred Club. In total, Mick won six Group 1 races, five Group 2 events, five Group 3 events and six Listed races for the season among his massive total of 124 winners for the racing year. Below are all the stats and figures.

Mick Price has consistently trained over 100 winners per season in the last five years and his strike rate is second to none.