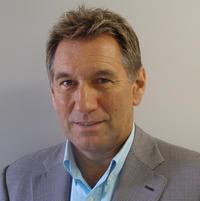 Robert was also Chairman of Racing Victoria Limited from 2013 to 2015 and a Director of VicRacing Pty Ltd in addition to being a member of several race Clubs, TROA, the Breeders Association and the Thoroughbred Club.

Prior to 1987 Robert worked in the Investment Banking and Superannuation Funds Management areas but has practised as a Bloodstock Consultant through Robert Roulston Bloodstock Pty Ltd since that time.

Robert has over the years raced around 30 Group winning racehorses including the Group One winners Mahtoum and French Clock. He also purchased for clients the Melbourne Cup winner Americain, emerging star Puissance de Lune (now at stud) and the Champion 3 year old filly of her year, Special Harmony and was part breeder of group One winners Umatilla, Hurricane Sky, the dam of Redoute’s Choice and the dam of Alinghi. Many other Group One winning horses have been traded through RRB.